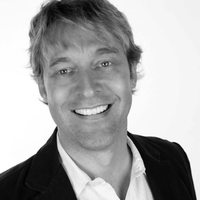 Rating
(1)
Flights made 1
Average hourly rate $150
Location Lee's Summit, MO
Tye is a creative professional with a passion for Aerial photography and videography. He has been flying drones, helicopters and RC planes for over 10 years. He is an exceptional pilot and knows exactly how to get the best shots for any situation. Whether you need a roof inspected or beauty shots for your next film, Tye can make sure you get exactly what you want. Tye has been a photographer and cinematographer for 22 years and he brings that expertise to his drone clients. While there are many pilots flying drones, very few match his skill and experience behind the camera with a remarkable ability to also pilot a drone. This combination makes him the go to pilot when you need to get the shot.

Tye is one of those guys who is bursting with creative energy. You can feel it when he walks into the room. Never short of ideas and the talent to bring them to life, he is a rare breed in the media business. He brings real-life knowledge and experience, combining it with a genuine enthusiasm for innovation to the creative process. This unique chemical make-up is topped off by a desire to do the right thing for his clients. He firmly believes in the compassionate business model that requires that all parties "win."

Tye is a seasoned designer and producer of all things media related. He has earned 20 major market Emmy nominations and 6 statues in a wide range of categories including writer, producer, editor, interactive media, and even music composer. Over the last 20 years, Tye has been leading creative teams to do unusually great things. From television ad campaigns across multiple platforms to personally designing graphics/animation and writing jingles for some of those ads, his trademark philosphy is to try to come at a challenge from a new perspective and create something that affects people on an emotional level. Tye is always trying to create something new, fresh and impacting.

Over the years Tye has worked as a News Photographer, Ad Agency Partner at Image Quest Media Services, Promotion Producer, Promotion Manager, Commercial Producer, Creative Services Director/Art Director and worked for the FOX Television Network in Los Angeles. He led the team of producers to relaunch KCTV5's Better Kansas City program and even appeared as a regular on-air guest with his popular Tech with Tye segment. In 2015, Tye was nominated to the CBS Caucus board to represent 25 television stations across the nation.

Tye lives in Kansas City with his wife Jamie and 3 children. Tye is a member of the Cherokee Nation Indian Tribe and is an avid photographer, scuba diver and music composer.
Member since May 8, 2018
Request a Quote
License # 1756281
Insurance coverage $1.0 Million
Services Agriculture, Boating and water sports, Cinematography, Construction, Editing, Event, Infrastructure, Other, Real Estate, Roof Inspection, Surveying & Mapping, Wedding
This pilot has not uploaded any images into their portfolio yet.
This pilot has not uploaded any videos into their portfolio yet. 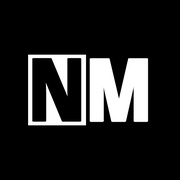 Great work ethic and a absolute pleasure to work with!