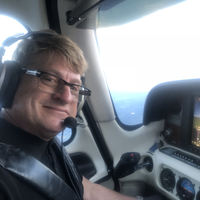 David is a professional motion picture cinematographer that has been servicing the industry for decades.

He worked as a camera assistant on documentaries. As a documentary cameraman he worked for CBS, ABC, PBS, and foreign networks.

A music video pioneer having lensed the first contemporary video to play on MTV, "You Better Run" by Pat Benatar. David has filmed over 40 music videos and over numerous commercials. Moving on to features David has worked for cinematographer masters, Gordon Willis ASC, Bruce Surtees, ASC, and Dariusz Wolski, ASC.

David attends to color and contour with adoring purpose. While he works with all the latest digital technology, David's lifelong passion is working in traditional film. His proficiency with large and small format film cameras characterizes his consummate absorption with craft.

Besides still and motion photography, David is a motion picture producer, director, and animator. He speaks French and English, is also an FAA certified commercial multi-engine instrument rated airplane pilot, holds an FAA Part 107 UAS pilot certificate is an avid cook and outdoors-man.

Member since Dec. 11, 2018
Favorite
License # 4104952
Insurance coverage $1.0 Million
Services Agriculture, Boating and water sports, Cinematography, Real Estate, Surveying & Mapping
This pilot has not uploaded any images into their portfolio yet.
This pilot has not uploaded any videos into their portfolio yet.
Currently no reviews.